A Tale of Triumph and Sorrow

Ventura Harbor California is a seaside oasis filled with various boutiques, restaurants, and marinas that many vessels (including our own) are fortunate enough to call their “home port.” Although the harbor houses vessels of every size and make from skiffs to exquisite motor yachts there is one vessel in particular that is hard to overlook.

Tucked into the corner of Ventura Harbor Boatyard laid the Gentry Eagle, a 112 foot Motor Yacht, built in the United Kingdom by Vosper Thornycroft and delivered in 1988 to Tom Gentry, a wealthy real estate developer and avid racing yachtsman. Once the epitome of luxury, the Gentry Eagle fell derelict, rotting away in the corner of the Boatyard since the early 2000s. My fascination with this James Bond-esque power yacht began when Chris and I hauled Avocet in 2020, making us quasi neighbors with Gentry Eagle and all of her quirks. Despite years of dust, pigeon feces caked into the hull, and oxidation there was more to her than what meets the eye and I was determined to uncover the truth – and I am so glad I did.

In my research I uncovered that Gentry Eagle is the 5th fastest yacht in the world, and in the top 30% by length overall. She is one of 1049 motor yachts in the 35-40m size range and compared to similarly sized motor yachts, her cruising speed is 26.59 kn above the average with her top speed noted to be 63.5 knots with a maximum range of 1250.0 nm when navigating at cruising speed, thanks to the serious power that comes from two MTU codag engines. 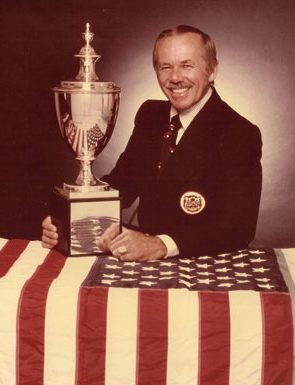 Tom Gentry’s passion to win power boating’s most coveted honor, the Blue Riband, is what inspired him to fund the creation of the sleek power yacht. In 1989, he and his crew of five (including his son) shattered the Transatlantic Crossing Record aboard Gentry Eagle after a 62-hour and 7-minute round trip from Ambrose Lighthouse at the entrance of New York Harbor to Bishop Rock on England’s Isles of Scilly. Mr. Gentry had won his most sought-after prize, taking the Blue Riband from the previous holder Richard Branson and bringing the honor back to the USA.

After her astonishing performance, Gentry Eagle was refitted as a leisure yacht and listed to be sold shortly after arriving in Ventura, her final resting place afloat. Unfortunately, Mr. Gentry passed away a near-decade later from respiratory failure that was potentially connected to his severe crash at the 1994 Key West World Offshore Championship while racing his 40-foot Skater Catamaran, Team Gentry. After his passing, his vessels (including Gentry Eagle) were essentially left to fate.

For years Gentry Eagle sat idle in the corner of Ventura Harbor Boatyard catching the eye of passer-by’s and “watching” as many yachts came and went from the yard, including our own. Why did no one want her? Well despite her prestige and craftsmanship there was not much of a market for a two-stateroom-112-foot-mega-yacht with a multimillion-dollar price point. Additionally, her two engines would surely need to be serviced by a specialist after sitting for so long, which would definitely come with an additional hefty price tag. Essentially she would cost more to fix than what she would be worth, leaving her future to look bleak. However, a spark of hope was reignited in March of 2022 when she was plucked from the water for a survey.

A group of young men was interested in purchasing the Transatlantic champion and saving her from her demise, filming a reality show about her restoration. Crowds gathered around the yacht as she sat on the hard, exposing what hid beneath the waterline. For decades we wondered what secrets she was hiding, and although an in-depth, restoration show about Gentry Eagle would be fascinating to watch, the men’s wish, unfortunately, did not come to fruition, as I was told by an anonymous source that the deadline to “sign the papers” was April 4th. But, right when we thought all hope was lost, my same source informed me that a new potential buyer from San Francisco Bay has stepped in to purchase her, although there are no definite answers at this time. So, what is to come of the fifth-fastest power yacht in the world?

The star of this article may not end up having a happy ending, but perhaps there is a silver lining. After years of her “caretakers” paying for slip space out of sentiment they have decided that they cannot justify this expense further which means if she does not sell, the Gentry Eagle will be towed into Long Beach where she will be scrapped; subsequently causing a majority of the Harbor pigeon population to look for a new residency. Regardless of the outcome, there will undoubtedly be a strange void the size of her empty slip-space left in the hearts of many local Gentry Eagle fans, but the legacy that Tom Gentry and his Gentry Eagle have left behind will never be forgotten. Mr. Gentry’s engine and outdrive innovations are what helped progress the sport of power yacht racing to what it is today, keeping his spirit as “the fastest man offshore” alive and continuing to inspire the masses. 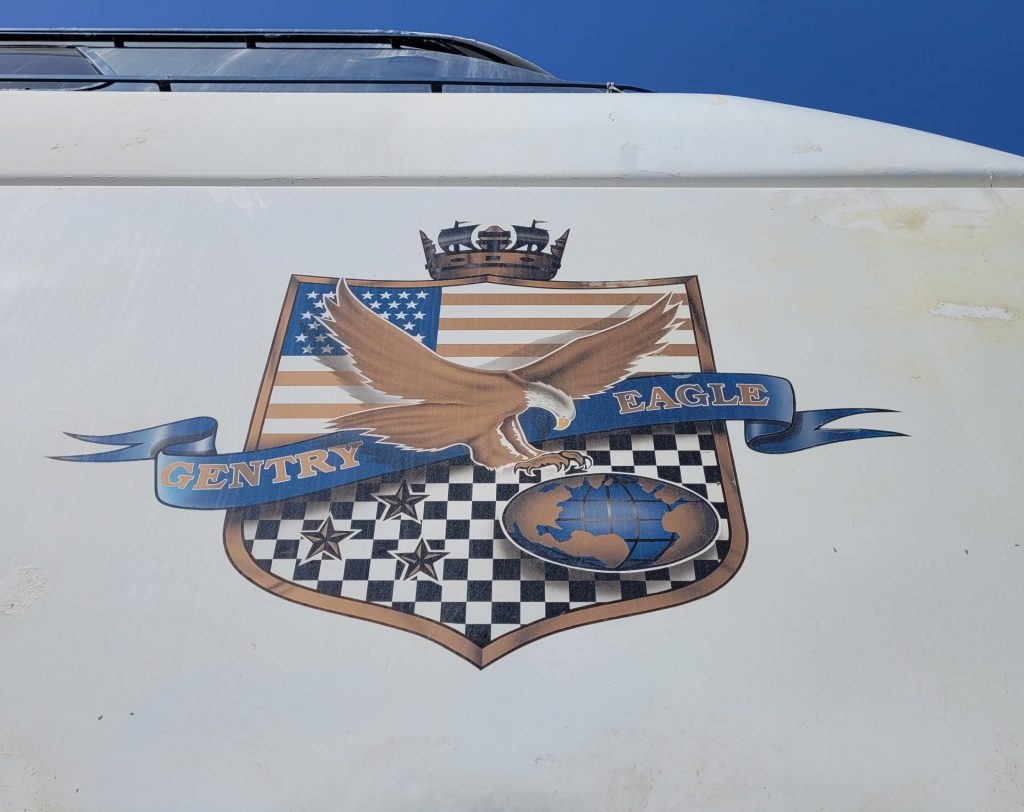 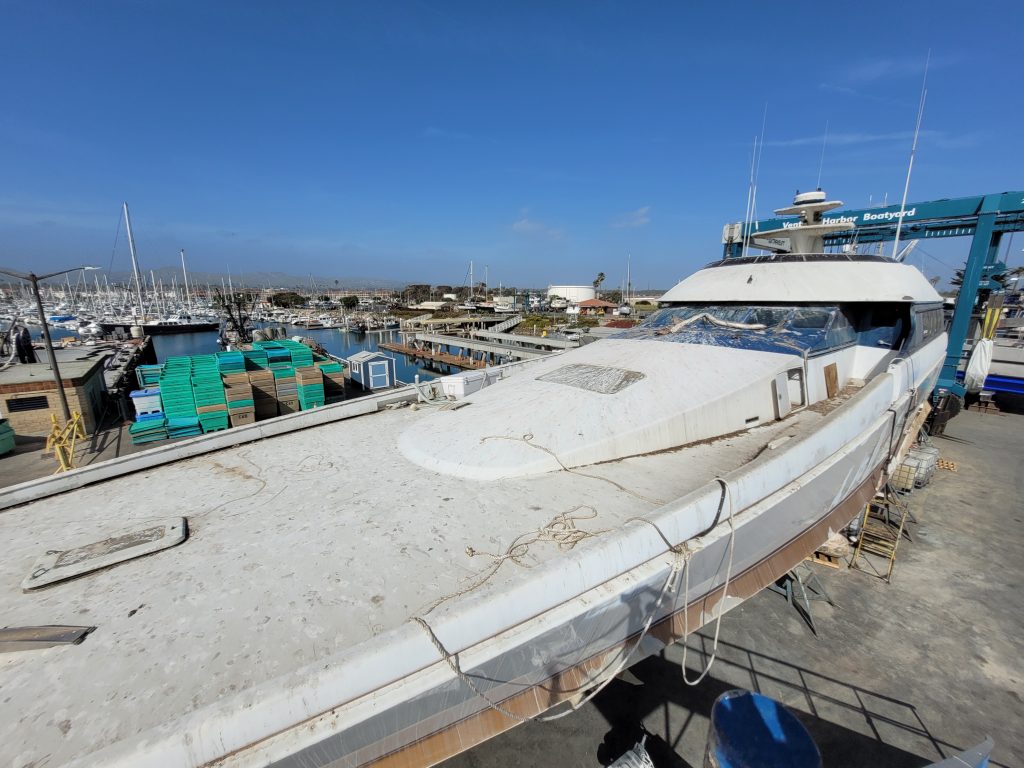 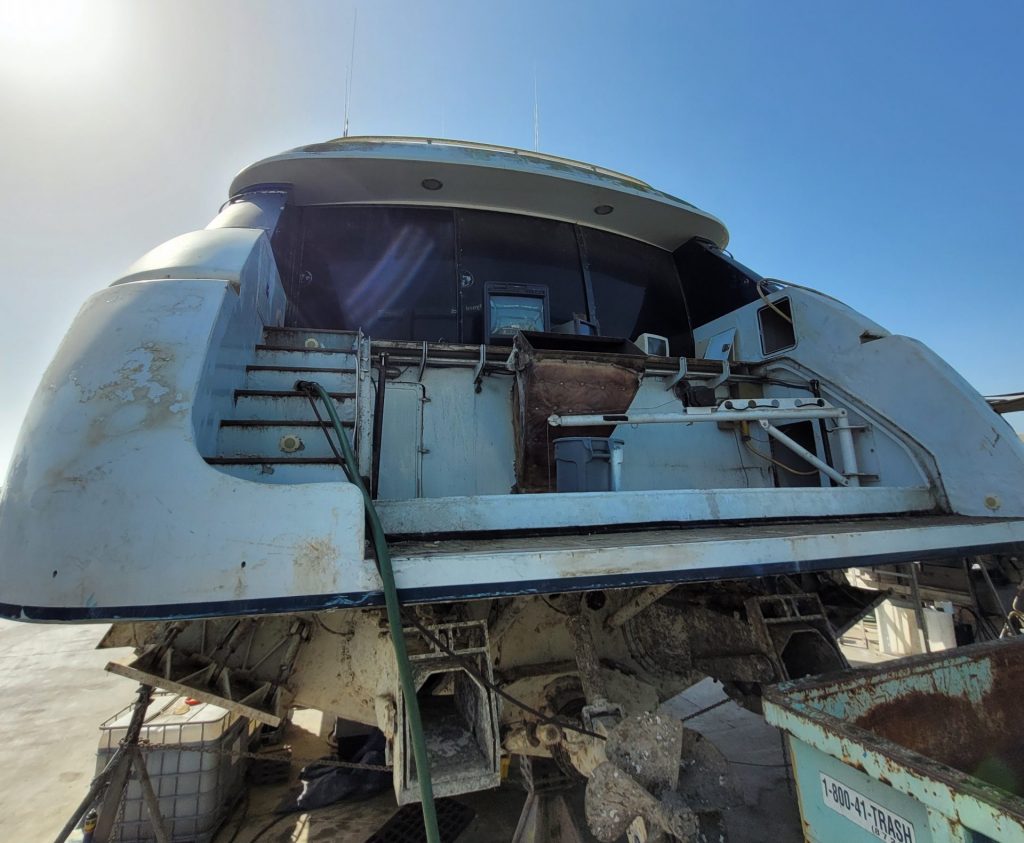 The Transom of Gentry Eagle. The Boat Yard has already begun removing items from her interior. Photo: Chris Neely

I initially pitched this to various boating magazines as an article but – just like buyers for Gentry Eagle – the interest just wasn’t there. One of my favorite publications (that caters primarily to sailors) declined the pitch with a note that resonated with me: “I’d just as well see [Gentry Eagle] put in a museum and not have its fossil fuel burning engines continue their climate-changing ways. Clean, green sailing is what we need!” As we continue to evolve finding new ways to power our vessels by harnessing “green energy” we must not forget where we came from or where we have been – after all, sailing is arguably the oldest form of transportation only second to walking. I agree that a naval architect’s masterpiece like the Gentry Eagle belongs in a museum for her craftsmanship but also because she is a reminder of our evolution. Finally, she is an inspiration to create better and more mindfully, putting emphasis on fuel economy as well as alternative power options to reduce our carbon footprint while also fulfilling the “need for speed”… or (if you are like us) you can fill your sails, kick back and enjoy the journey because life at slow knots isn’t too bad at all… who knows, you might actually enjoy it 😉

For more information on the Gentry Eagle, visit their website: http://www.gentryeagle.com

Cleo doesn’t really mind the water and is very g

Can any other sailors relate? ⛵️ Despite our m

One of the reasons we were so drawn to Avocet was

Before we hauled Geronimo out for the season, we s

I found this video from our FIRST TRIP out to Sant

← Prev: Resources to Help Ukraine Next: Italy or Bust → 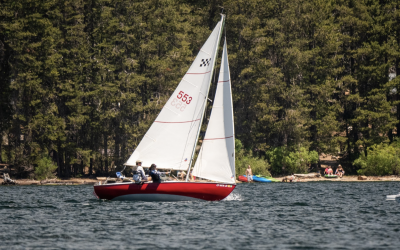 After an Unplanned Project, of Course. It can never be as easy as splashing the boat and sailing I thought as Chris... 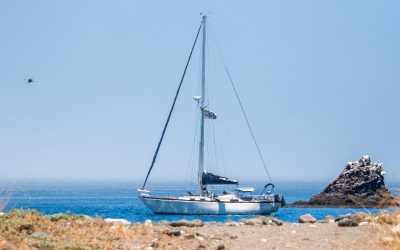 Poseidon poisoned me as punishment for being away. The curvature of our cockpit seats cradled me as I curled up in the... 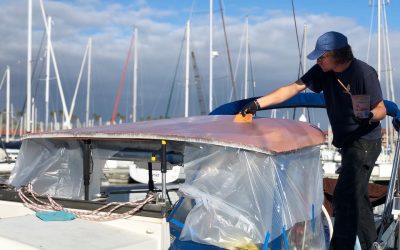